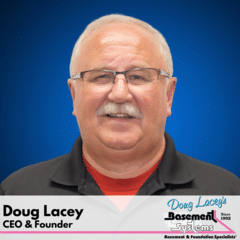 Basement Systems Calgary Inc. was founded in 1992 by Doug Lacey. In those days, the company's office was located in a basement rental suite in South Calgary. In the beginning, Doug commuted back and forth from Windermere, British Columbia, while his family was still living there.

He not only sold his own products but installed them on his own as well. In 1993, Doug rented out a 2500 square foot bay at 3716- 56th Ave S.E. in Calgary and moved his family to Okotoks. In that same year Doug changed the company name from Protecrete Inc. to Basement Systems Calgary inc. Soon, his original location became too small and the company moved to our present location at 5990-51 Street S.E in July of 2008.

Now known as Doug Lacey's Basement Systems, Doug has since added Foundation Supportworks to the companies already expansive catalog of basement waterproofing solutions. In his over twenty years of experience, Doug has built up a diverse company which can handle any below-grade situation that Southern Alberta can dish out. 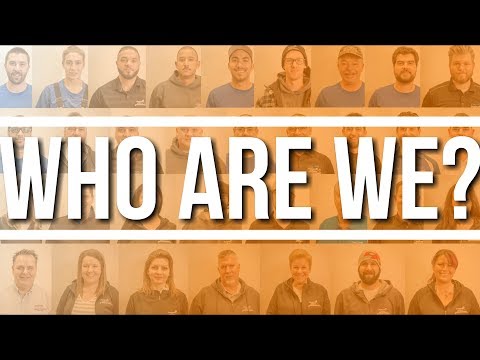 Videos from projects I was involved with:

Who Are We? | Doug Lacey's Basement Systems

Having been involved in concrete restoration and waterproofing for over 20 years, Doug Lacey opened the doors... Watch Video »

Wednesday, Feb 1st, 2017 Back in '92more »
Thursday, Oct 11th, 2012 Basement Systems Calgary Nominated Once Again For The Better Business Bureau Ethics Award!more »
Back to Previous Page Back to Meet The Team