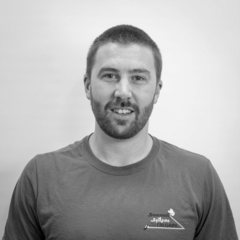 Cyle has been installing basement waterproofing and crawl space retrofit systems at this company since 2002 - 17 years! He has completed over 4000 projects for homeowners like you! This makes him perhaps the most experienced professional in Canada. Cyle spends part of his time at the company leading our installation teams, and training others. Cyle's crew and him have worked together for many years, and work together extremely well.

If asked in his spare time Cyle enjoys being outdoors or just spending quality time with his twin babies.

Customer Reviews
About Me
View all Reviews
Testimonials
from customers I've helped!

Bowing Within Foundation Walls in Need of Repair...

Stabilizing a Home's Shifting Foundation in...

WaterGuard® and SuperSump® Installation in...