How was Radon Discovered? 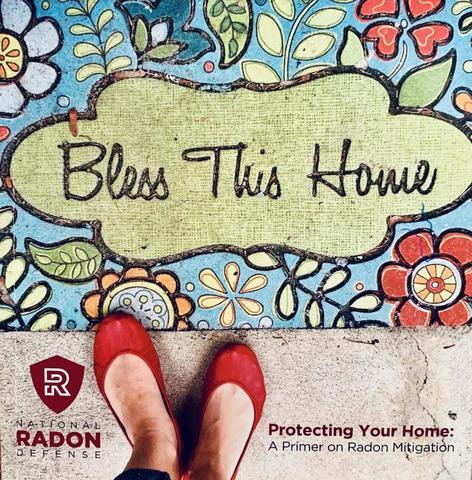 "Radon has been around forever, but it was a strange set of circumstances in 1984 that led scientists to realize the danger it poses in our homes. It's all thanks to Stanley Watras, a construction engineer at a nuclear power plant in Pennsylvania, USA.

The power plant had a radiation monitor installed to check that workers did not accidentally accumulate an unsafe dose of radiation at work. The plant was under construction at the time, so there was no nuclear fuel, thus no way for Mr. Watras to have been exposed to any radiation.

After Mr. Watras continued setting off the radiation alarms over the next few weeks, a team of specialists went to his home and discovered that Mr. Watras was not picking up the radiation at work, but rather was bringing it to work from home! They measured radiation levels at his home and found them to be 700 times higher than the current Environmental Protection Agency action level. The home tested at 99,900 Bq/m3). The source of this enormous amount of radiation turned out to be radon, a naturally occurring gas that made its way into the Watras’ home from underground.

The entire Watras family was living in an environment roughly equivalent to smoking nearly 200 packs of cigarettes per day. They moved out of the house immediately. The United States EPA and Pennsylvania officials turned the house into a laboratory for long-term measurement of radon and radon decay products and evaluation of radon mitigation techniques. After many months, they reduced the radon level to an acceptable level, and the family was able to return.

The Watras’ case prompted a regional testing program to launch public awareness campaigns and, in 1986, the EPA passed the Indoor Air Quality Research Act, encouraging states to pass their own radon action programs.

We get asked frequently: "why now, I have never heard of Radon before" well, I hope the story above can help with the answer to that question.

You can read this story and more about Radon in our "Bless This Home" book when you schedule a FREE, no-obligation quote to have a Radon Mitigation system installed. A sub-slab Radon Gas Mitigation System will draw the gas from beneath the basement floor slab and vent it outside of your home. Creating a healthier, breathable space for you and your family.

Case Study: High Radon Levels in a Home in NW Calgary, AB
Back to Previous Page
Back to News & Events