These homeowners encountered issues with a flooded basement as a result of the exterior window wells routinely pooling with water and not draining properly. Hhaving water issues in their previously finished basement was a problem that needed to be addressed, so they contacted the experts at Doug Lacey's Basement Systems. A System Design Specialist was able assess the situation and provide the homeowners with a FREE, no obligation quote designed specifically to address all of their concerns. Our Production Team was able to then come to the home to install a WellDuct® Window Well Drain designed to prevent basement flooding due to window well leakage. The low profile WellDuct® system channels excess water from the exterior window wells down into the perimeter WaterGuard® drainage system. The WaterGuard® Below-Floor Drain System is specially designed with a built-in wall flange, which extends up your basement wall by 3/8", capturing any water leaking from the walls will move downward and behind this flange where it is then directed to the SuperSump® sump pump system. A full-featured system, SuperSump® includes the best components available including a top-rated 1/3HP Zoeller® pump is designed for reliability & high-volume pumping which the discharges to the exterior of the home to the specially engineered IceGuard® system which solves the problem of frozen discharge lines by allowing water to eject through the slotted openeings in the event of a frozen or clogged discharge line. Finally the discharge line has been buried below grade and ends with a subtle Bubbler Pot, leaving the discharge line hidden and out of sight. 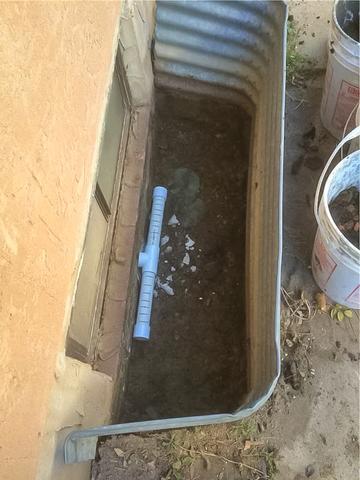 A view of the window well on the exterior of the home during the WellDuct® installation. Improper or non-existent drainage systems in window well can cause the well to flood during storms causing the window to leak and flood the basement. 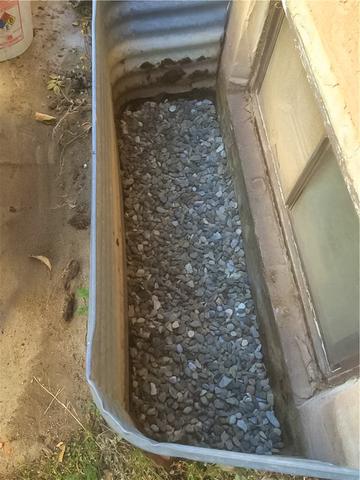 A view of the window well on the exterior of the home during the WellDuct® installation after drainage gravel rock has be placed back. You would never know the system is even there! 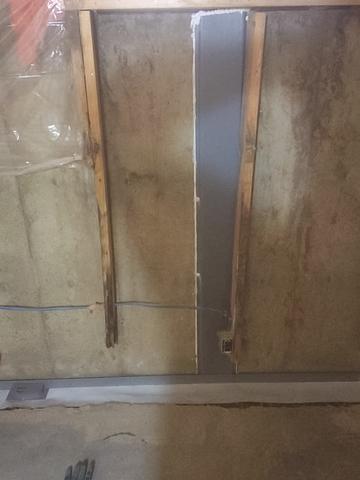 A view of the window well on the interior of the home during the WellDuct® installation. The gray plastic fitting placed on the inside basement wall, directing water down into the WaterGuard® below-floor drain system. 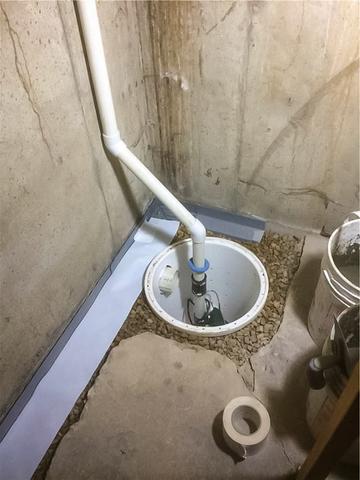 A view inside of the basement of the WaterGuard® below-floor drain system tying into the new SuperSump® sump pump system. Shortly the interior system shown will be cemented back in place. 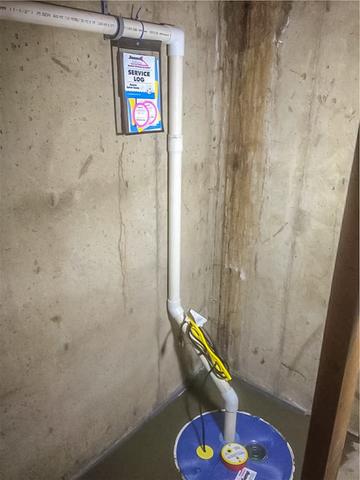 A view inside of the basement of the WaterGuard® below-floor drain system tying into the new SuperSump® sump pump system now cemented in place. 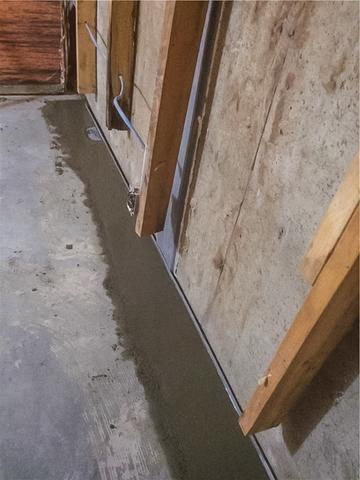 A view inside the basement of the WaterGuard® drainage channel installed and cemented back in place. Once the cement dries the walls can be framed back and the basement can be re-finished. 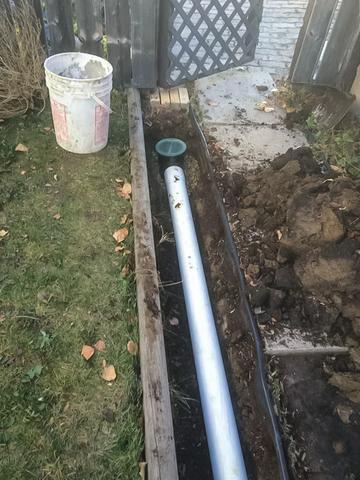 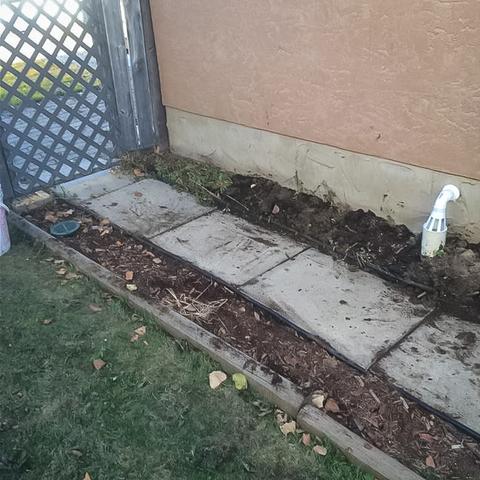