Photo Album: Homeowner in Need of a Waterproofing System in Drumheller, AB

This homeowner in Drumheller, Alberta encountered issues with water leaking in through the foundation walls around the perimeter of their basement during heavy rainfall as well as the cold joint where the wall and floor meet. This homeowner also had noticed that some of their drywall was cracking throughout their home which is often caused by a shifting foundation of floor joists. Wanting to eliminate the water and shifting issues in the basement they contacted the experts at Doug Lacey's Basement Systems. A System Design Specialist was able to visit the home to assess the situation and provide the homeowners with a FREE, no obligation quote designed specific to address all of the homeowners concerns. Our Production Team was then able to then come to the home to install a ThermalDry® Radiant Wall System which protects the basement from moisture and water that passes through concrete foundation walls. This product serves as both a vapor barrier and also as a way to redirect water leaking through the basement walls into the patented WaterGuard® drainage system below. The WaterGuard® Below-Floor Drain System is designed with a built-in wall flange, which extends up your basement wall by 3/8", capturing any water leaking from the walls will move downward and behind this flange where it is then directed to the TripleSafe™ sump pump system. Our most reliable sump pump system, the TripleSafe™ provides three levels of protection for your basement and your peace of mind. For normal functioning, the TripleSafe™ has a powerful, cast-iron Zoeller® ⅓ horsepower sump pump set at the lowest level. For heavy volumes of water or in case of primary pump failure, a second, more powerful Zoeller® ½ hp pump set a bit higher in the liner will take over. In case of a power outage, our UltraSump® battery backup sump pump, set at the highest level, will pump 11,500 gallons or more on a fully charged battery! From there the system will discharge any water entering the sump pump basin to the exterior of the home passing through our patented IceGuard® system, an anti-freeze fitting that is installed outside of your home and ejects water away from the foundation in the event that the sump pump discharge lines freeze or become clogged. To address the shifting floor joists the Production Team installed our PowerBrace™ wall stabilization system, a patented wall repair system that's designed to stabilize failing basement walls and provide the potential to straighten walls over time. This foundation wall system installs quickly in the home, and permanently halts the inward movement of the foundation walls. This homeowner can rest easy and refinish their basement knowing they have the best basement waterproofing solution available in place. 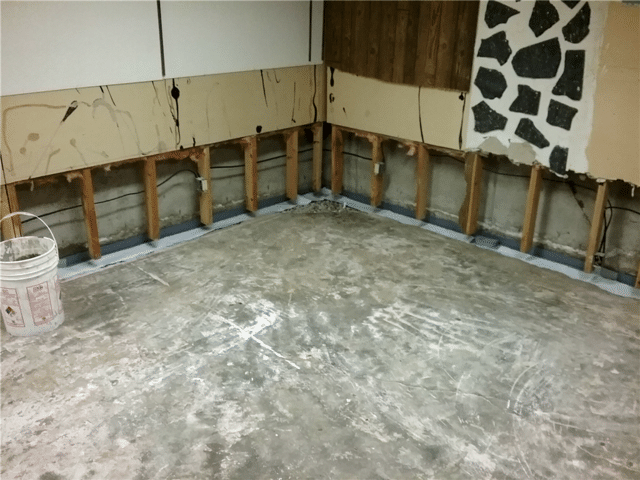 WaterGuard® Installed Before the Cement is Poured 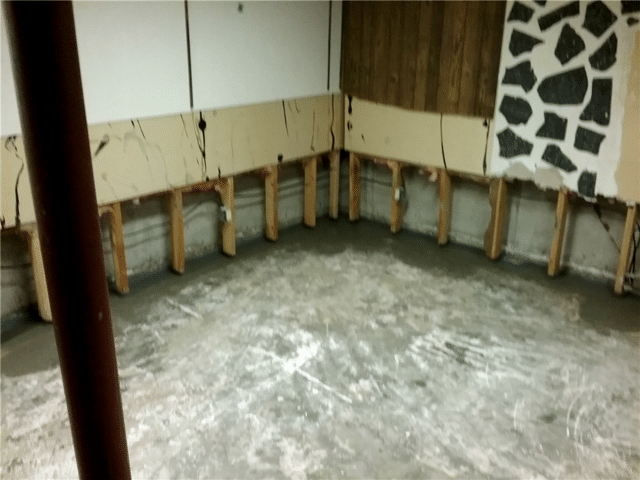 WaterGuard® Installed After the Cement is Poured

A view of the WaterGuard® drainage system after the cement is poured. This system will direct any excess water into the TripleSafe™sump pump system. 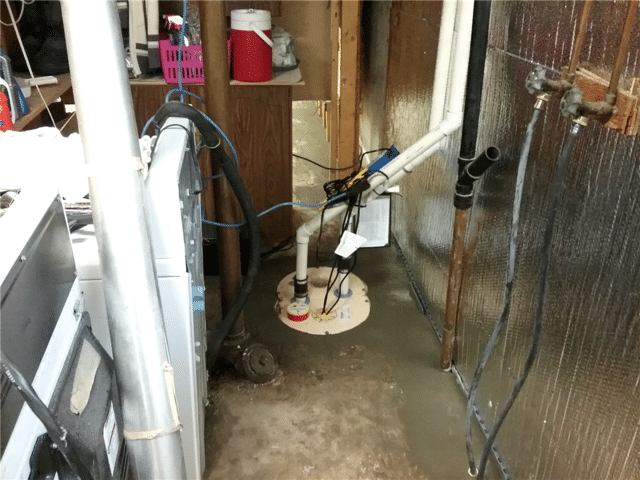 A view of the TripleSafe™sump pump system that will prevent this homeowner's basement from flooding. Even during a power outage! 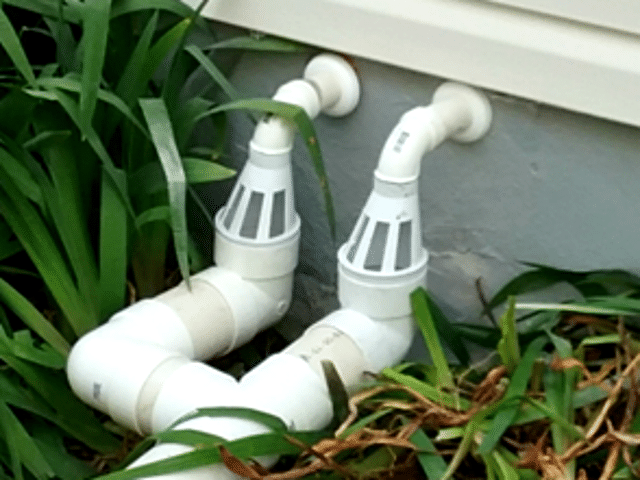 A view of the IceGuard® fitting that will allow the excess water to continue to flow even if the discharge line freezes or clogs. 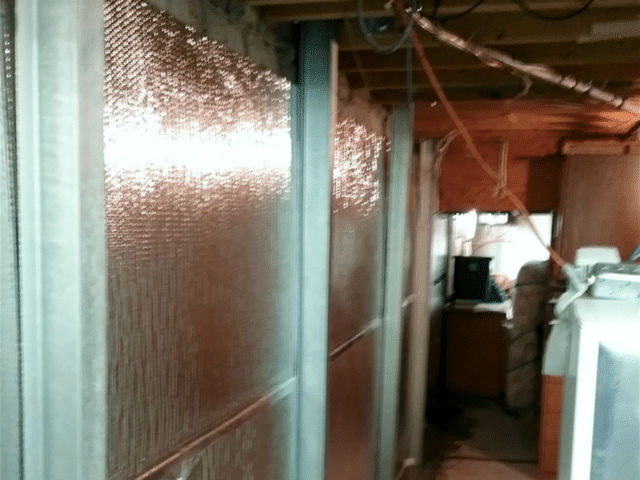 A view of the PowerBrace™ System put in place to strengthen the foundation walls and the ThermalDry® to redirect any excess water coming from the walls down towards the WaterGuard® Drainage System below. 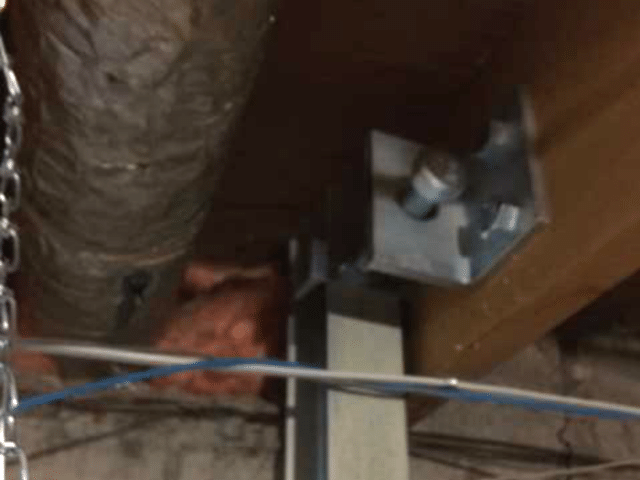 A close-up view of how the PowerBrace™ is secured to become part of the home's structural system.