This homeowner in Coaldale, Alberta encountered issues with dampness in their basement do to water entering during heavy rainfall. Wanting to protect their home investment and eliminate the issues with a permanent solution, they contacted the experts at Doug Lacey's Basement Systems. A System Design Specialist was able assess the situation and provide the homeowners with a FREE, no obligation quote designed specific to address all of their concerns. Our Production Team was then able to then come to the home to install our CleanSpace® vapor barrier along the walls which is a 100% waterproof plastic that's perfect for unfinished basement walls. With a 25 year warranty for wear and tear, it's durable, washable, and has anti-microbial protection called UltraFresh built right in! The wall vapor barrier ties into the patented WaterGuard® drainage system. The WaterGuard® Below-Floor Drain System is designed with a built-in wall flange, which extends up your basement wall by 3/8", capturing any water leaking from the walls will move downward and behind this flange where it is then directed to the SuperSump® sump pump system. A full-featured system, SuperSump® includes the best components available including a top-rated 1/3HP Zoeller® pump is designed for reliability & high-volume pumping. In case of a power outage, our UltraSump® battery backup sump pump is tied into the system, set at the highest level the UltraSump® will pump 11,500 gallons or more on a fully charged battery! These homeowner's are incredibly grateful knowing that their basement has the best solution installed. 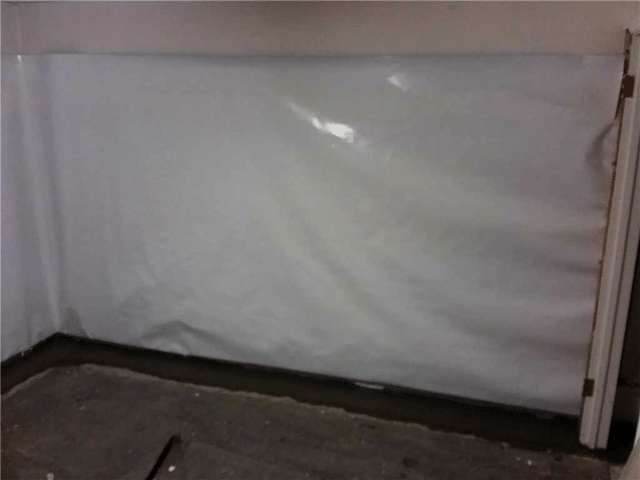 The CleanSpace® Vapor Barrier is the white (plastic) material along the walls. The vapor barrier runs down into the installed WaterGuard®. 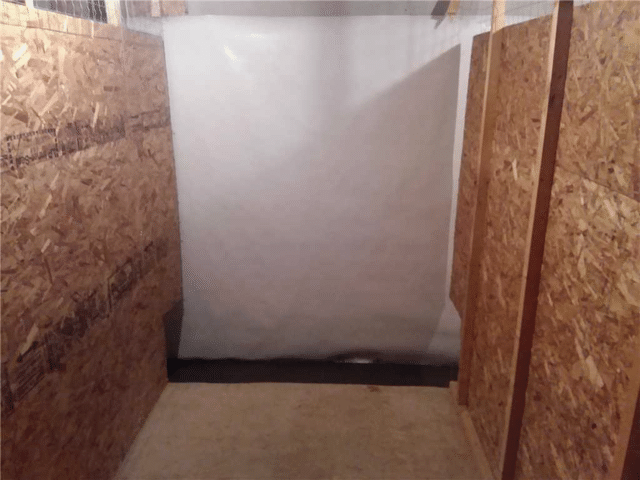 This homeowner had just about 100ft of both WaterGuard® and CleanSpace® installed. 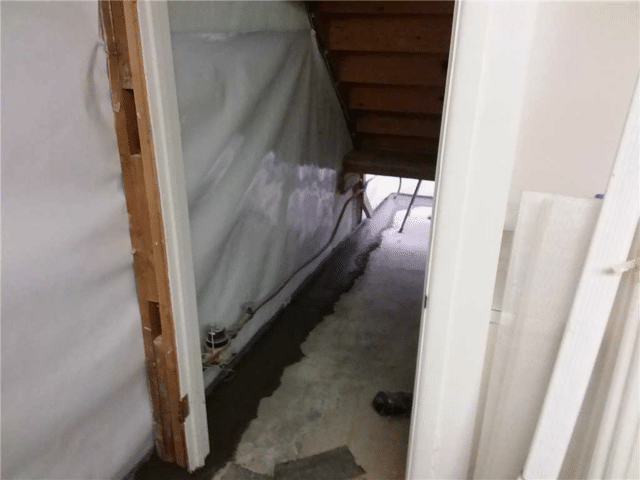 WaterGuard® Running Underneath the Stairs

You can have WaterGuard® and CleanSpace® installed around your entire perimeter of the basement! 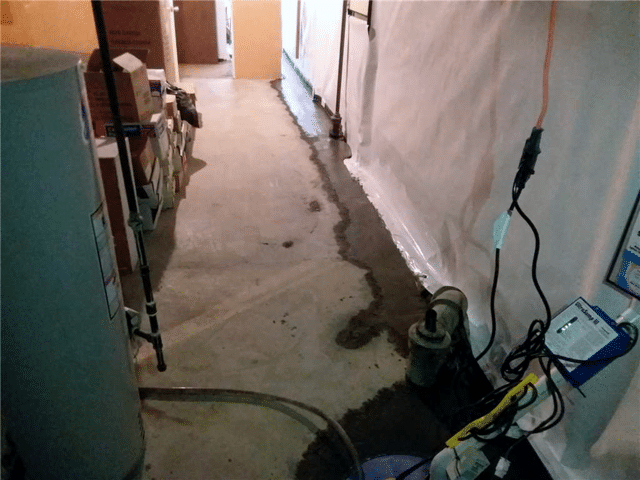 WaterGuard® is always installed and tied into the installed sump system. This sump pump removes any excess water that may enter. 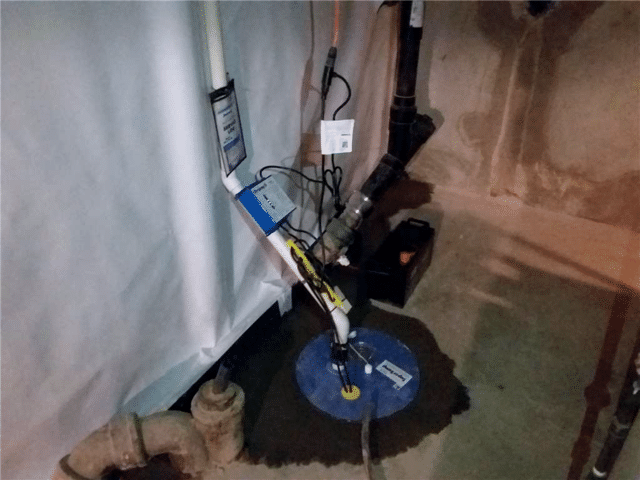 The Installed Sump System: The SuperSump®

This is the installed sump system. This version has a battery back up sump called the UltraSump®. This sump pump works even through a power outage.