This homeowner in Magrath, Alberta encountered issues with water seepage in various spots around the perimeter of their basement. Wanting to eliminate the water issues permanently, she contacted the experts at Doug Lacey's Basement Systems. A System Design Specialist was able to assess the situation and provide the homeowners with a FREE, no-obligation quote designed per the homeowner's needs. Our Production Team went to the home to install our patented WaterGuard® drainage system. The WaterGuard® Below-Floor Drain System is designed with a built-in wall flange, which extends up your basement wall by 3/8", capturing any water leaking from the walls will move downward and behind this flange where it is then directed to the SuperSump® sump pump system. A full-featured system, SuperSump® includes the best components available including a top-rated 1/3HP Zoeller® pump which is designed for reliability & high-volume pumping. In case of a power outage, our UltraSump® battery backup sump pump was also installed with the super sump. Set at the highest level, it will pump 11,500 gallons or more on a fully charged battery.  The system will discharge any water entering the sump pump basin to the exterior of the home passing through our patented IceGuard® system, an anti-freeze fitting that is installed outside of your home and ejects water away from the foundation in the event that the sump pump discharge line freezes or becomes clogged. Then, the discharge line was buried below-grade. 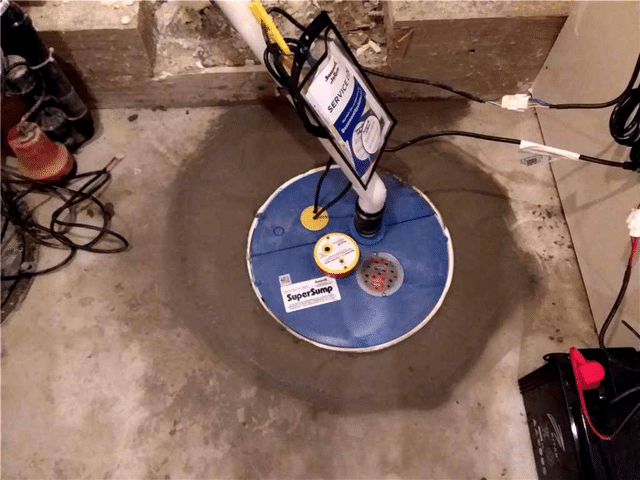 Close up of our air tight, sealed lid 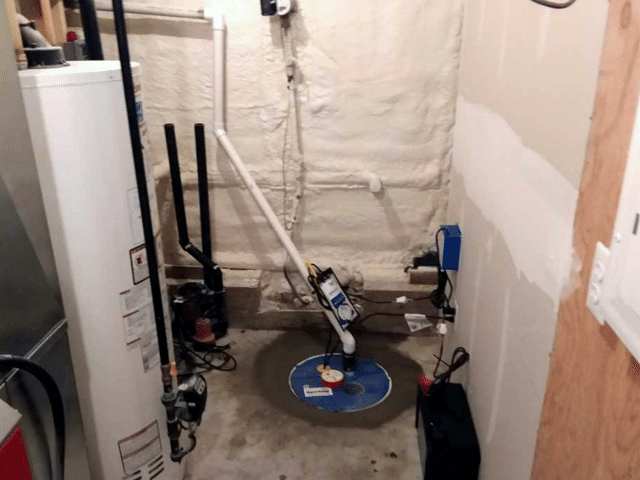 The Supersump was installed in the corner of the basement 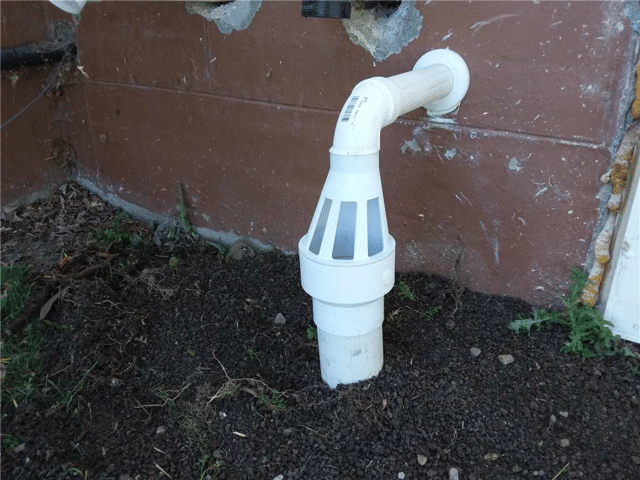 The iceguard is installed on the exterior of the home 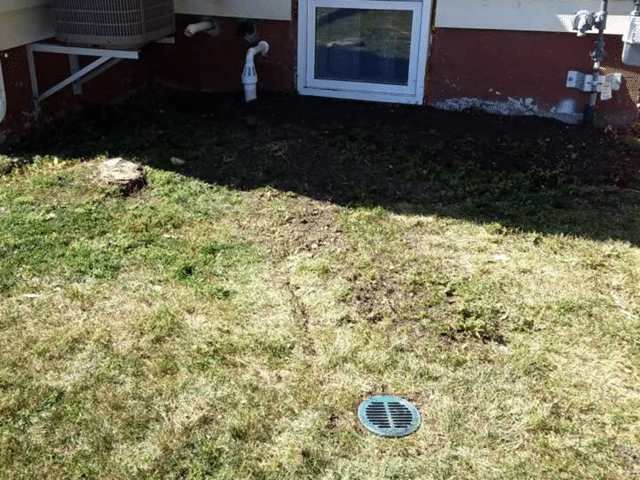 The iceguard and the bubbler pot