A homeowner in Calgary, AB noticed the carpets were damp in one of their basement bedrooms along the south and east walls.  Wanting a solution and to rectify the issue permanently, they contacted the experts at Doug Lacey's Basement Systems. A System Design Specialist went to the home to assess the situation and provided the homeowners with a FREE, no obligation quote. Once the quote was finalized, our patented WaterGuard® drainage system was installed around the perimeter of the basement. The WaterGuard® Below-Floor Drain System is designed with a built-in wall flange, which extends up your basement wall by 3/8", capturing any water leaking from the walls will move downward and behind this flange where it is then directed to the new SuperSump® sump pump system. A full-featured system, the popular SuperSump® includes the best components available including CleanPump stands, an airtight basin lid, as well as the top-rated 1/3HP Zoeller® pump, capable of pumping 2,220 gallons of water per hour. 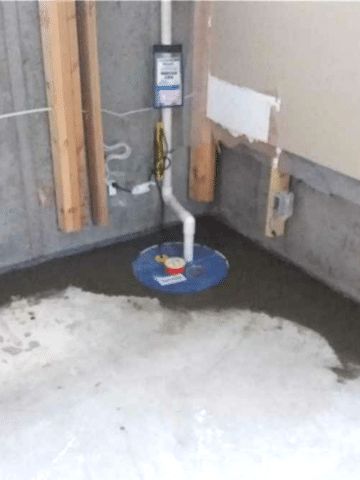 All the water is directed to the new Super Sump which pumps 2,650 gallons of water per hour 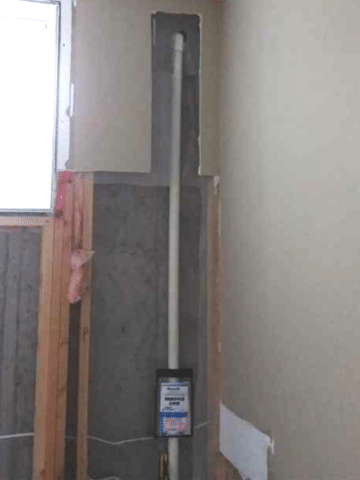 The discharge is cored through the wall to the exterior of the home, getting rid of the water from the Sump pump