This homeowner in Calgary, Alberta noticed a slow leak in their basement where the floor meets the wall. They had an existing sump pump but it was not able to keep up with the water.  A System Design Specialist was able to visit the home and assess the situation, providing the homeowners with a FREE, no obligation quote. The homeowner accepted the proposal and our Production Team went to the home to get to work! They installed our WaterGuard® Below-Floor Drain System which is designed with a built-in wall flange, which extends up your basement wall by 3/8", capturing any water leaking from the walls will move downward and behind this flange where it is then directed to the SuperSump® sump pump system. What you will notice is there is no discharge line coming out of the top of the sump pump lid, a side discharge was installed instead. A side discharge is a really great option when the sump pump is to be located in a finished space in the basement. Similar to a top discharge the hole for sump is jackhammered and the basin is installed flush with the floor. The discharge line can then be run to the exterior wall and up the wall before being cored through to the exterior of the home. 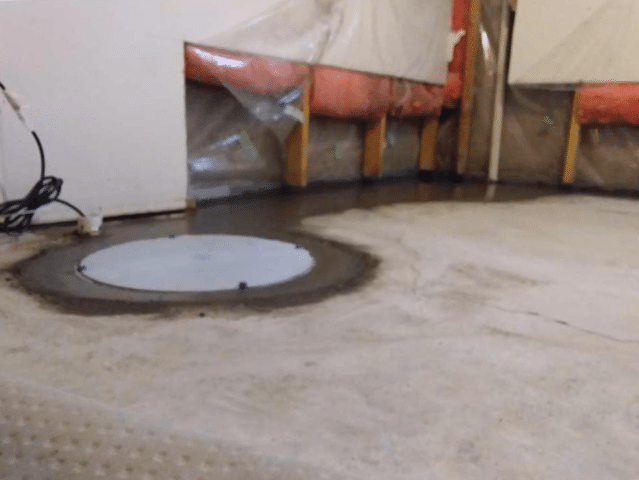 After concrete was poured, job complete! 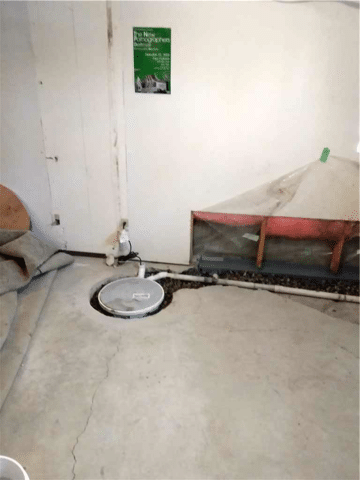 Before concrete was poured 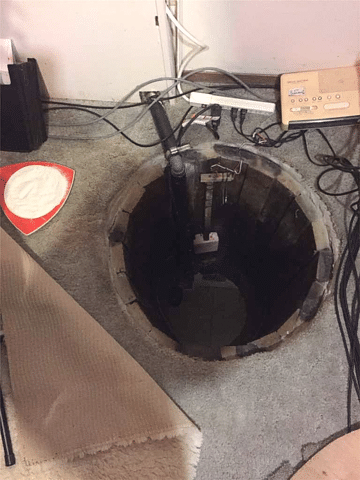 This was the homeowners existing sump pump