This homeowner in Leader, Saskatchewan experienced issues with their foundation walls cracking horizontally across creating a major concern for the stability of the home, as well as allowing water to now seep into the unfinished basement. Their existing DIY sump pump system also fails regularly and is in serious need up an upgrade. Looking for answers and a permanent solution to these issues, they contacted the foundation repair and basement waterproofing experts at Doug Lacey's Basement Systems.  A System Design Specialist was able to assess their situation and provide the homeowners with a FREE, no obligation quote, and designed specific to address all of the homeowners concerns. Our Production Team was then able to come to the home to install our PowerBrace™ wall stabilzation system around the perimeter of the basement. A patented wall repair system that's designed to stabilize failing basement walls and provide the potential to straighten walls over time, this foundation wall system installs quickly in the home, and permanently halts the inward movement of the foundation walls. To help take care of the water issues the Production Team also installed our ThermalDry® Radiant Wall System which protects the basement from moisture and water that passes through concrete foundation walls. This product serves as both a vapor barrier and also as a way to redirect water leaking through the basement walls into the patented WaterGuard® drainage system below. The WaterGuard® Below-Floor Drain System is designed with a built-in wall flange, which extends up your basement wall by 3/8", capturing any water leaking from the walls will move downward and behind this flange where it is then directed to the our SuperSump® sump pump system. A full-featured system, SuperSump® includes the best components available including a top-rated 1/3HP Zoeller® pump is designed for reliability & high-volume pumping to reduce the amount of water pressure under the floor slab. 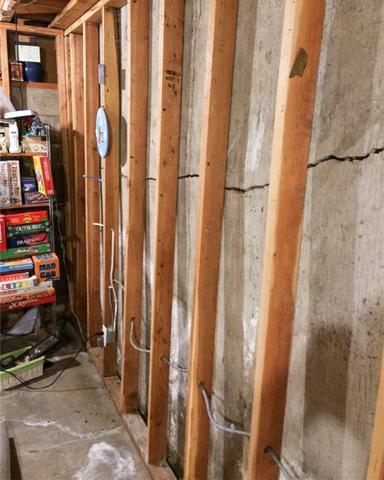 A view of one of the large horizontal foundation cracks. 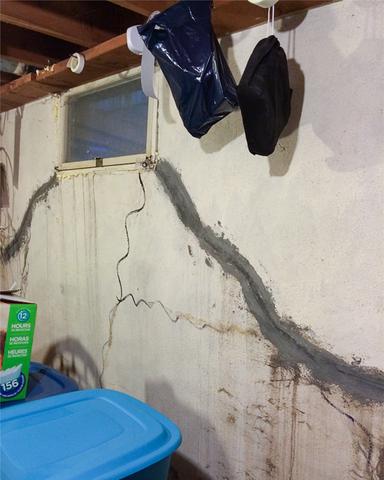 A view of several more foundation cracks in the home. 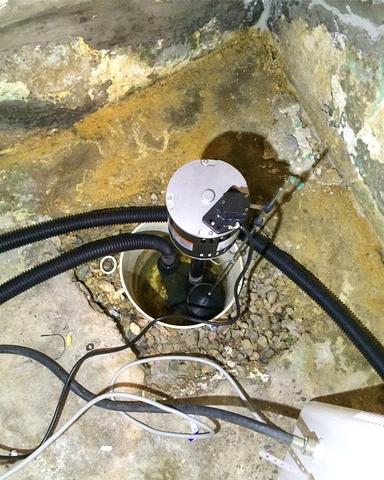 A view of the low grade failing sump pump to be replaced. 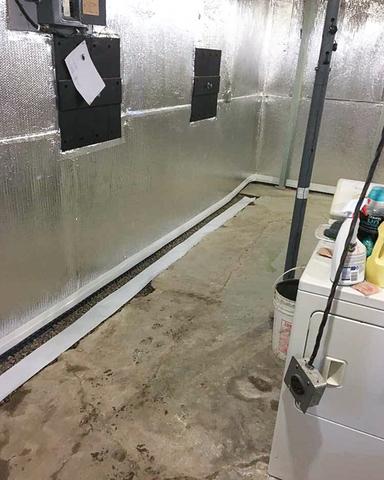 A view of a section of the new ThermalDry® wall and WaterGuard® systems during installation. 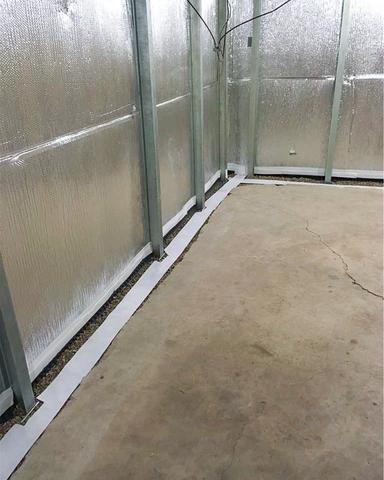 A view of several of the new PowerBrace™ beams installed as well as the waterproofing system. 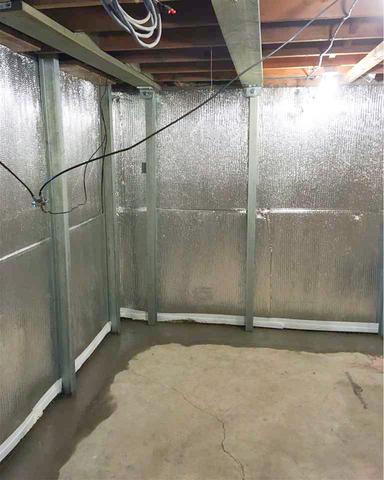 A view of the new PowerBrace™ beams, ThermalDry® wall and WaterGuard® systems installed and cemented in place. 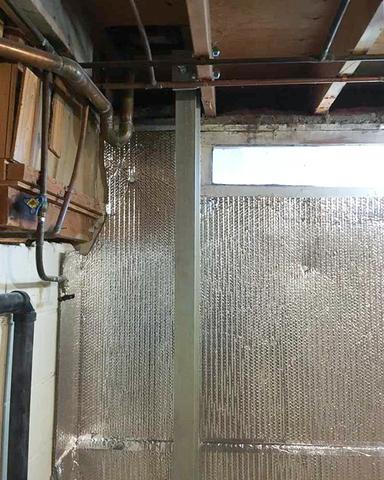 A view of the PowerBrace™ bracket mounted to the homes floor joist. 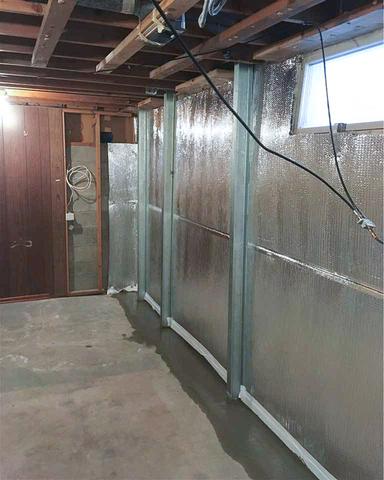 A view in a section of the basement where several PowerBrace™ beams and the waterproofing system have been installed. 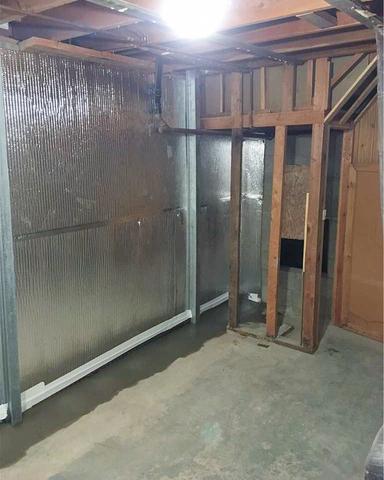 A section of the basement where a bit of creativeness was required to work around existing framing. 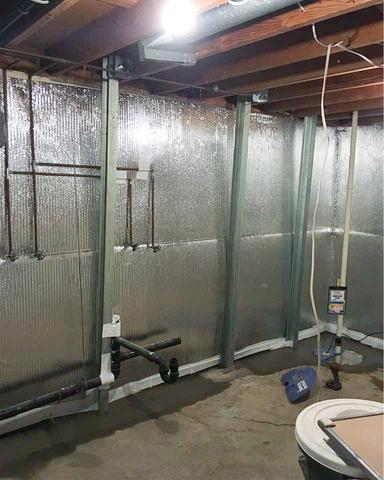 A view of the PowerBrace™ beams, ThermalDry® wall, WaterGuard® and the SuperSump® sump pump system have been installed.