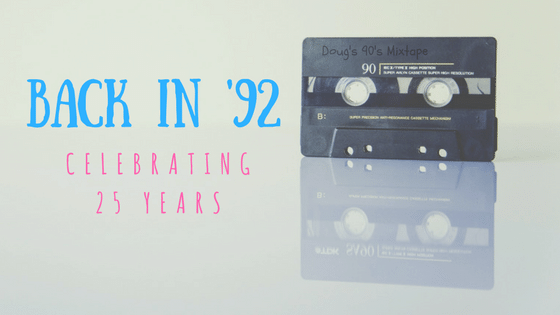 As a trip down memory lane, here is a brief highlight reel of what was happening back in 1992.

-           A youthful, energetic & determined Doug Lacey (wearing his neon shorts and listening to “Baby Got Back” in his Sony Walkman) founded Basement Systems Calgary Inc.

To grow a business from the ground up and be proudly serving your community 25 years later takes a massive amount of dedication and hard work.  In the early days, the company's office was located in a basement rental suite in South Calgary. In the beginning, Doug commuted back and forth from Windermere, British Columbia, while his family was still living there.

He not only sold his own products but installed them on his own as well. In 1993, Doug rented out a 2500 square foot bay in Calgary and moved his family to Okotoks. In that same year Doug changed the company name from Protecrete Inc. to Basement Systems Calgary Inc. Soon, his original location became too small and the company moved to our present location at 5990-51 Street S.E in 2008. Doug Lacey’s Basement Systems has repaired over 15,000 homes in 25 years or on average 600 homes a year!  This equals to over 30 miles of basement wall seepage repair which is fully backed by a lifetime warranty!

We now have over 40 full-time staff and are looking forward to the next 25 years in business.

To celebrate our 25th year in business and as a tip of the hat to our past, present and future customers we are thrilled to announce our Customer Appreciation Savings Package. Contact the experts at Doug Lacey's Basement Systems today to schedule your FREE in-home consultation and estimate. Toll Free 1-833-436-1098 or Online BasementSystemsCalgary.com

Back to Previous Page
Back to News & Events