A homeowner in Lethbridge, Alberta contacted us concerned about high levels of Radon Gas found in the home. Radon is a naturally occurring radioactive gas that has become the second-leading cause of lung cancer, second only to cigarette smoke. Most soils contain uranium that, over time, decays to produce radium and polonium. Eventually, polonium is released with the radon, which creates a high toxicity level in the air and water that it infuses. In search of the best solution to address their concern, and protect their health & home, the homeowners contacted the experts at Doug Lacey's Basement Systems. A System Design Specialist was able to visit the homeowner and provide a FREE, no obligation quote designed specific to address their concerns. From there our Radon Mitigation Specialist installed a sub-slab Radon Gas Mitigation System which draws the gas from beneath the basement floor slab and vents it outside of the home. A SuperSump® sump pump system was also installed with the Radon Gas Mitigation System. A full-featured system, SuperSump® includes the best components available including a top-rated 1/3HP Zoeller® pump which is designed for reliability & high-volume pumping. From there the system will discharge any water entering the sump pump basin to the exterior of the home passing through our patented IceGuard® system, an anti-freeze fitting that is installed outside of your home and ejects water away from the foundation in the event that the sump pump discharge lines freeze or become clogged. 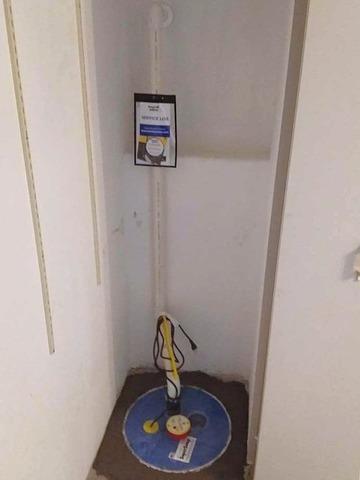 The Supersump was installed in an area of the basement that water would drain to the most, which would be the lowest or most prone to flooding area in the basement. 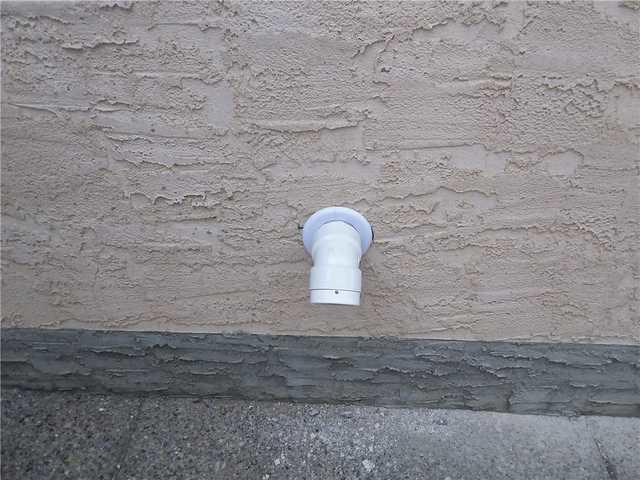 The radon gas will be discharged to the exterior of the home through this pipe. 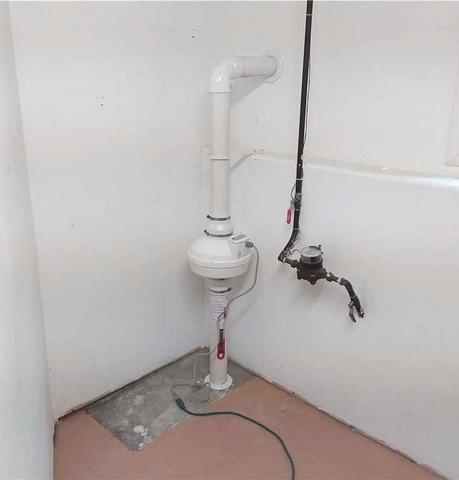 This is the radon mitigation system, installed in the homeowners basement. 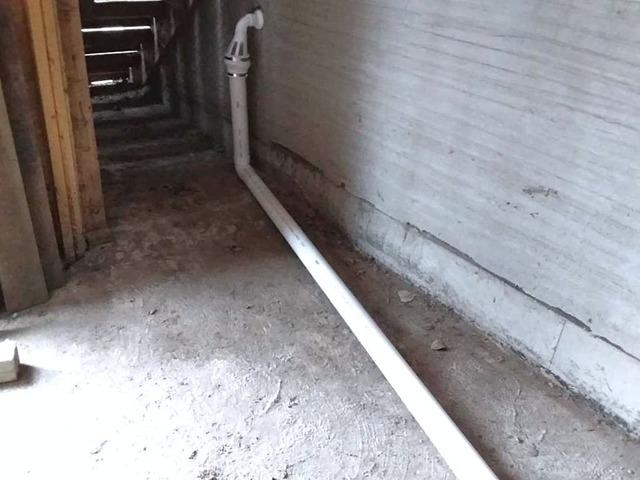 Water will be discharged out of this pipe that is installed on the exterior of the home.