This residence was built in 2007 in a older area of Medicine Hat. In 2013, the was a extreme amount of water for the city and especially in that area where the house is located. The foundation was built out of PWF treated wood. Approximately five (5) years after the construction, the homeowners began to notice signs of settlement on the front (north) side of duplex, such as windows becoming difficult to open and close and both interior and exterior cracking. The front appeared to have settled over 1.5 inches away from the rest of the home.

Doug Lacey’s Basement Systems proposed, and then later installed a total of eight (8) Supportworks Push Piers at the home. The piers were installed to ultimate capacities of over 40,000 pounds, immediately stabilizing the foundation. The installation was very successful in not only stabilizing the structure, but also returning the foundation back to its original position. These homeowners were 'very pleased' with the final project results, as well as the efficiency and cleanliness of the Doug Lacey’s Basement Systems Production Team. 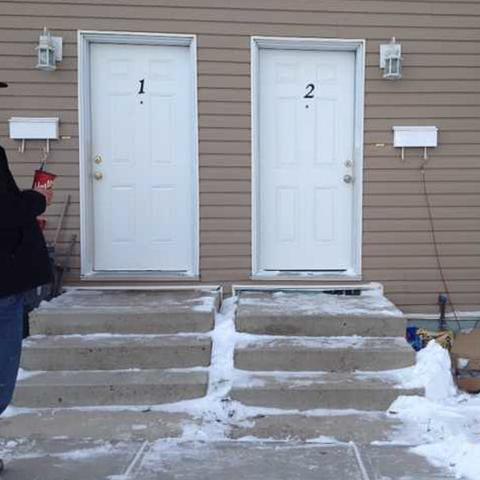 Front of home during initial inspection. 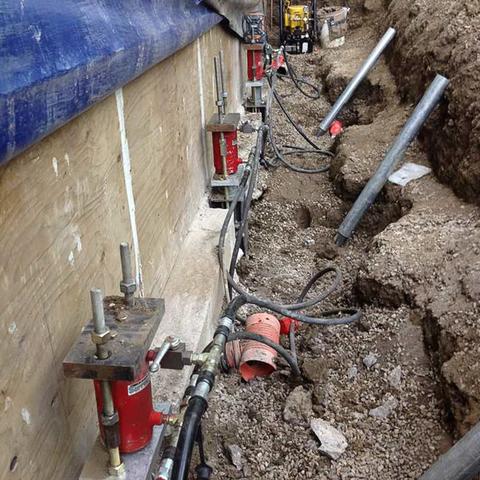 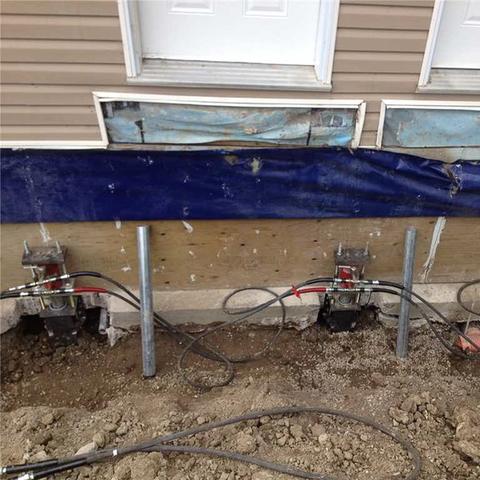 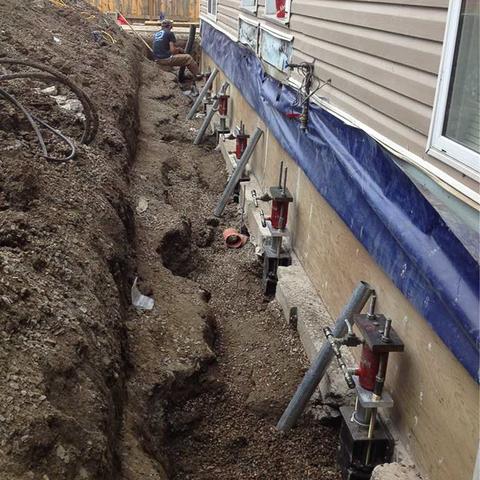 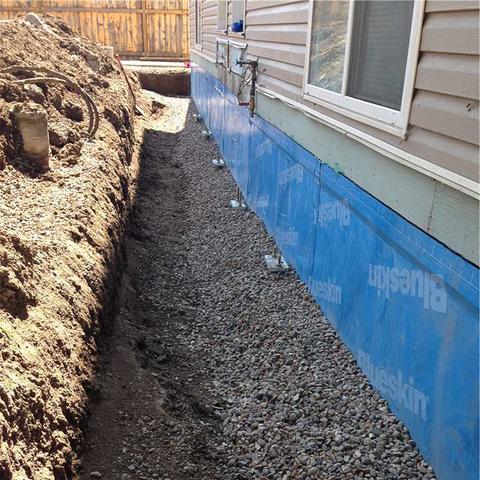 Installation complete, just before back filling.

Video: Raising a Sinking Foundation with...
Back to Previous Page
Back to Case Studies